I found this in the hardcopy of Larry's Ram Horn'd with Gold. It seems to have been left out of the digital copy which is found in the Primer.
CHAPTER THREE
Myth
Many people have called William Blake unique among English poets as the creator of a complete mythology. A dictionary gives "without foundation in fact" as the 5th meaning of mythical, but this is probably what the term conveys in common parlance. Therefore we must begin our study of Blake's myth by raising our consciousness of the word. 'Logos', myth', 'epic'--these three words have a common root. In literary and theological language myths are statements about the nonmaterial ultimate. Some people of course avoid the nonmaterial considering it without foundation in fact; it's doubtful that any such reader has endured to this point of our study.
Blake considered the nonmaterial to be the real; his art centered around the endeavour to express the reality of the nonmaterial. The meaning of his entire artistic enterprise we may call his myth. His object was to fit all of experience into a total framework of meaning that will inform life. Out object is to grasp that total framework; once we do that, we have a myth of meaning.
The diagram below schematically represents the shape of Blake's . myth. All his poetic and artistic work fits into this scheme of cosmic/psychic meaning. I have listed only four of an infinite number of possible examples. The first is a general statement of Blake's scheme. With his story of the Prodigal Son Jesus gave us a personal paradigm of the history of the Chosen People and of the Human Race. The career of alcoholism: progressive deterioration until the sufferer hits bottom, followed by recovery, provides a striking modern analogy, although not Blakean per se. Blake did use as a recurring motif the story of Lazarus found in the Gospel of John. But the primary paradigm of this myth is the Incarnation, Crucifixion, Resurrection and Ascension of Jesus Christ. However Blake did not express this, probably did not fully realize it, until 1800. 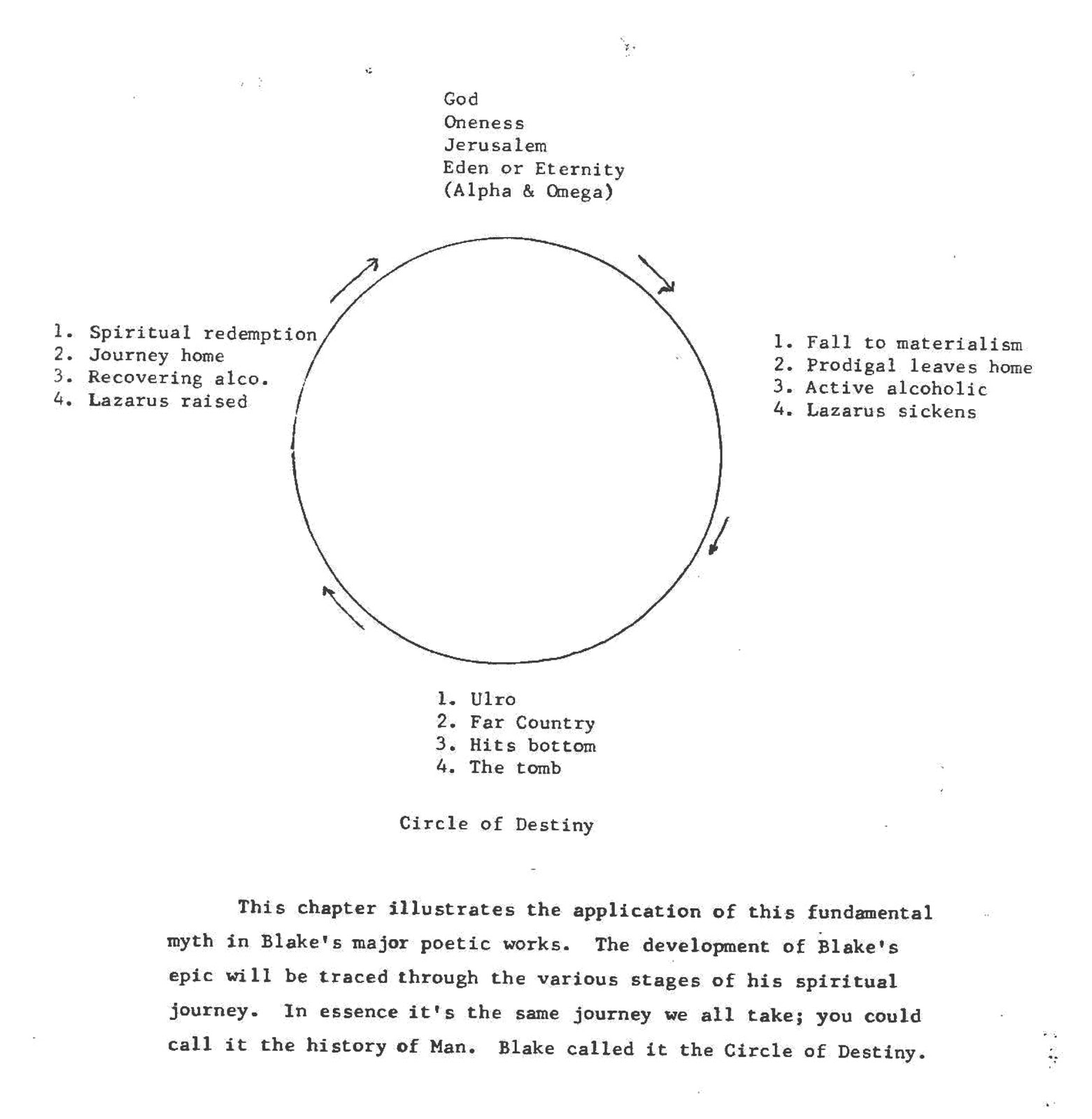